“THE RETURN OF THE ABSORBER” Program
Guarantees a minimum of 20% Internal Rate of Return (IRR) when replacing an electric chiller with the ENRGISTX Shuangliang Eco-Energy Direct Fired Absorption Chiller. (click for details) 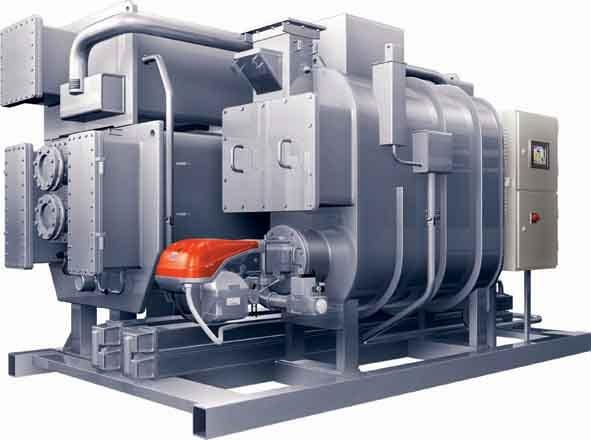 HFC’s are emitted in a majority of electric chillers and air conditioning equipment currently installed . HFC’s are considered to be up to 15,000 times more harmful than Carbon Dioxide in our battle against global warming, and are specifically targeted by the EPA “Significant New Alternatives Policy (SNAP)” Program for replacement with acceptable new technology.

The typical payback in purchasing a new Shuangliang Direct Fired Absorption Chiller to replace an aged electric chiller is under 2 years, depending on the local Natural Gas Price and Electrics Rates.

As an example, in Southern California, the SoCal Gas Company has a Gas Cooling Rate Structure for absorption cooling, and the electric rates from both of the electric utility providers has been rising, and is expected to continue rising in the years to come.

A second analysis compares the purchase of a new, high efficiency 500 Ton magnetic bearing electric chiller vs. the same size direct fired absorption chiller. The typical payback in favor of the absorption chiller is under 3 years.

The efficiency of these chiller is typically between 0.48 to 0.55 kW/ton at full load and less at part load. The assumption in this comparison is the chillers part load efficiency is 0.41 kW/ton.

At these conditions, the simple payback in favor of the absorption chiller is 1.8 years. 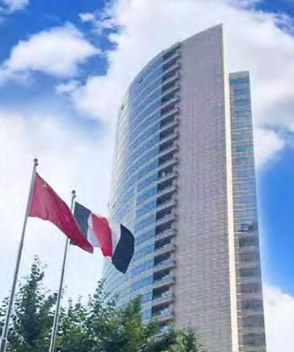 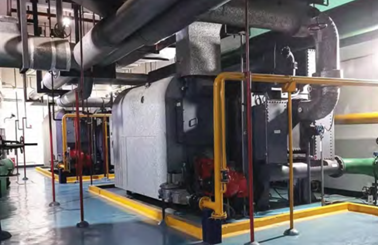 In November of 2019, the three Shuangliang lithium bromide units of Shanghai Dongyin Building passed the professional performance test of Hefei General Mechanical and Electrical Products Testing Institute Co., Ltd., and the refrigeration capacity of the units was reported to be non-attenuated, and operating at the same cooling capacity as originally commissioned 20 years earlier.

After 20 years of stable operation of the Shuangliang Lithium Bromide unit, why is its operating capacity still comparable to the new unit?

Shuangliang lithium bromide unit can still maintain excellent performance after 20 years of stable operation. In addition to the quality assurance of the product itself, Shuangliang's comprehensive after-sales service management system supported the robust and resilient operation of the units. 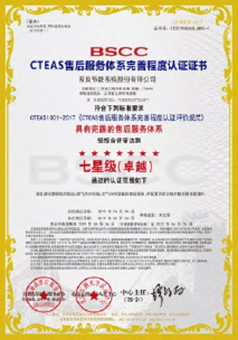 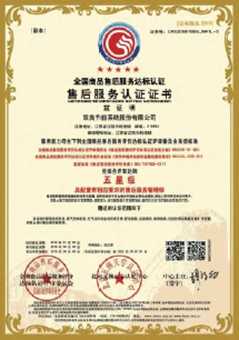 Please contact ENRGISTX for a free analysis to qualify for the Return of Absorber Program.